The Roberts Bakery Band was formed from Middlewich Town Band after securing sponsorship from the Northwich based Roberts Bakery in 1980. The band has worn their sponsor's name with pride ever since. Over the years Roberts Bakery Band has forged a reputation as one of the most entertaining concert bands in the United Kingdom with a well-balanced repertoire of classical, traditional and 'pop' music. In doing so the band has helped raise thousands of pounds for charities such as Macmillan Cancer Support, The Royal Air Force Association and St. Luke's Hospice. This reputation has now spread overseas following successful tours to Belgium, Malta, the Netherlands, France and Estonia. Roberts Bakery Band has also represented Great Britain at the European Blasmusikfestival in Germany on no less than eleven occasions, a festival that sees the band perform to audiences well in excess of six thousand people and appear on national German television. The band is currently brimming with young talent from across the region, with Championship level and British Open winning experience in key positions. After an incredible 40 years under the direction of Colin Cranson, a record unheard of in the brass band world, Roberts Bakery Band were delighted to appoint Simon Stonehouse to the position of Musical Director in April 2013. 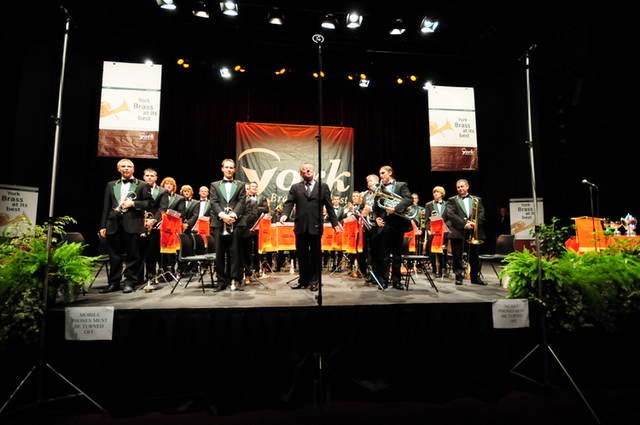