They are a fifty five strong mixed voice choir (SATB) based in Hartford, near Northwich in Vale Royal, Mid Cheshire. Founded in 2009, their membership is drawn from all over Cheshire from Widnes in the north, to Crewe in the south. They meet for rehearsals on Tuesdays from 7.00pm to 9.00pm in Hartford Methodist Church on Beach Road, Hartford where they indulge in high quality music making whilst having fun.

Their repertoire is diverse and extends from the 16th to the 21st centuries and includes sacred and secular items, both serious and light hearted. Anything from “Ave Verum” to “Les Miserables" to “Angels”.

Concert performances are given at their rehearsal venue, but also in churches and halls throughout the Vale Royal area of Cheshire and sometimes further afield - many in aid of charitable organisations. There are usually six or seven concerts a year and during the Christmas period they also perform carols and other Christmas music at various informal and formal venues, both outdoors and indoors.

They are a very friendly choir and are always looking to recruit new members, preferably, but not essentially, with some experience and music reading ability. There is a brief audition for membership, but they provide a supportive atmosphere in which to get your singing voice into shape.

Alison Richards studied Music and English at Sheffield University (also obtaining her ALCM Performance Diploma) and then went on to gain an MA in Popular Music Studies at Liverpool University in 1993. Coming from a family of teachers, Alison had been determined to never step foot in a classroom but then, aged 22, decided a PGCE would be a useful qualification to perhaps hold, and so she went back down south to Cambridge for yet further study. Alison has now been Head of Music at Sir John Deane’s Sixth Form College in Northwich for the past fourteen years, where she has loved encouraging the musical and academic talents of the many students who have passed through, in addition to directing the choir, chamber choir, concert band and various chamber ensembles over the year. 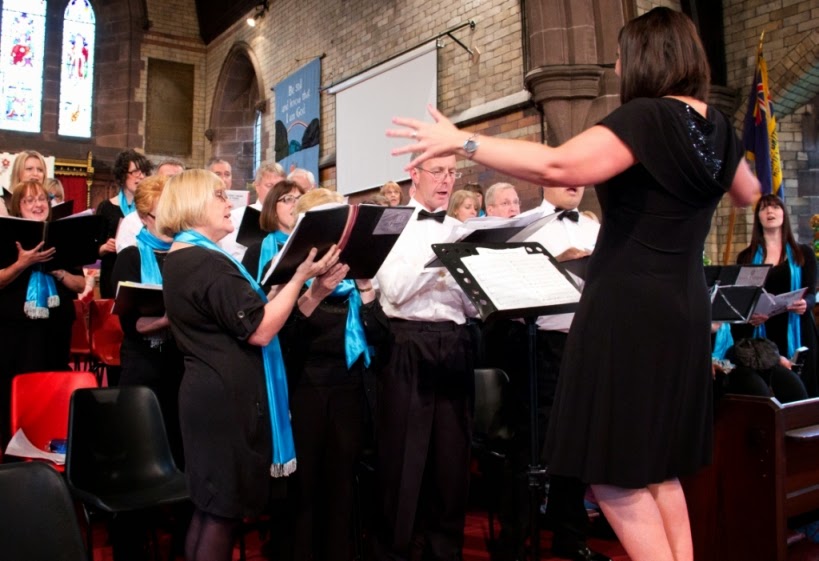