By 1984 they had won their first award and since then they have gone from strength to strength picking up many more awards along the way. In 1991, for their tenth anniversary their member playwright Robert Meadows researched and wrote a piece especially for the group. Called ‘A Rough and Ready Lot’, this production was a milestone for MDG because it was seen by the then director of Tatton Park. He was so impressed that he asked Robert to write a play based on the history of Tatton Park and their subsequent production marked their first open air performance.

In 2006 they celebrated their silver jubilee with a year of special events and, for the 20th birthday in 2011, performed the specially written ‘Dawn of the Crows’.

The Moulton Drama Group depends on the energy, goodwill and teamwork of their members to continue being able to put on successful plays and events to make it a success and they are always looking for new members to join their team, whether behind the scenes, treading the boards or both.

MDG is a registered charity and is financed mainly by subscriptions from members and patrons and the sale of tickets and also from fund-raising events and grants from local arts organisations.

They have a committee of 12 members who meet every month to ensure the group runs smoothly. They will also look at special occasions and anniversary dates for the group and see how these can be marked. 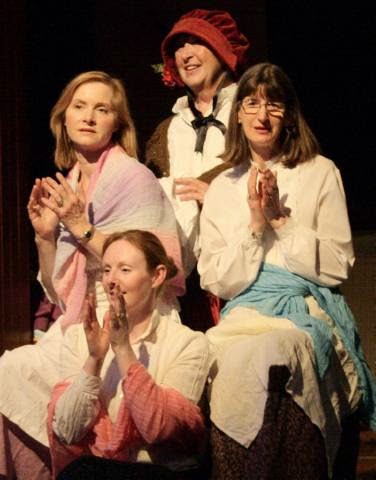