Lets face it many people want to become actors. From Hollywood to Bollywood most actors want a part of it. Some actors do it for money, some for fame and some because they love acting. To get into acting you must not only love acting but you must know your craft. This takes years of training, dedication and some luck.

The Studio Youth Theatre is an acting company for actors of high school age who attend GCSE, A Level Drama/Theatre Studies, performance based BTEC courses or are new to the performing arts and are looking to build their experience and knowledge of the craft of acting and learn how to apply it to regular live performances in front of an invited audience to support their studies.

The Studio Youth Theatre rehearse from 6pm until 9pm every Monday and will always be working towards three nights performance of the chosen play they will be working on. Each rehearsal will cover Acting Technique, Vocal Technique and Creative Movement and all rehearsals draw on a wide range of practitioners and theatre practice from around the world, including: Stannislavski, Brecht, Ataud, Boal, Chekov, Brook & Strasberg to name but a few.

By exploring these techniques and their practical application to a script and live performance it will in turn support the work our students will be undertaking at A Level, AS Level & BTEC performance study. Each rehearsal begins with a Group Warm Up, where the actors will explore how to prepare the Voice, Body & Mind for rehearsal.

Once warmed up they move into rehearsal, exploring acting technique in a practical way, through Theatre Games, Script & Scene Study and Imrovisation technique, created to give the actor all the experience they need to create confident and truthful performances and stretch the actor creatively by adding each rehearsal to their knowledge and experience of the craft.

They operate a total "Learn By Doing Policy" whereby each actor will be actively involved in every aspect of each rehearsal from read through to final performance product.

Each rehearsal workshop is lead by professional actor and director Richard Oliver.

Each workshop rehearsal fee is £20

Their 40 seat studio theatre & rehearsal space is based in the Clock Tower on Winsford Town Centre. 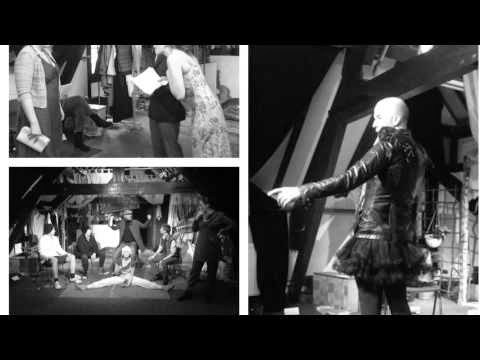